Christian has been coaching youth volleyball for over fifteen years; having coached club volleyball at every age level from 13/14U developmental teams to 18U Provincial Champions, and National Medal winning teams.  He Head Coached the Volleyball Program at Havergal College in Toronto for ten years.  The school would win more than twenty-five Independent School Championships from 13U to 20U, and a Provincial Championship during his time as Head Coach.

Brina Derksen-Bergen need no introduction to the Vancouver Volleyball community...

Hailing from Abbotsford, BC, she is currently teaching PE and English at Stratford Hall in East Vancouver.  Her playing history as a member of the future Hall of Fame UBC Women's team having won 5 consecutive CIS/U-Sport Championships as the team's starting setter.  Unsurprisingly, Brina brings phenomenal insight to the teams she coaches; U16 Team BC girls and U16 team BC boys, as well as U17/18 girls at Thunder Volleyball club.

Her proudest accomplishment as a coach is receiving the honour of top female club coach of the year for Volleyball BC in 2018. ​

Pacific Coach Volleyball Club is extremely fortunate to have Brina on board! and strongly encourages all athletes to pick her brain for tips and valuable lessons she's learned throughout her career as a top athlete and coach. 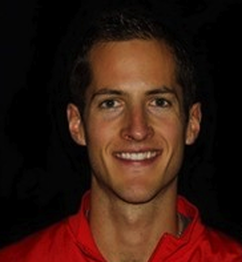 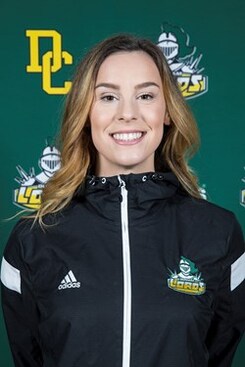 Jessica was born and raised in Oshawa, Ontario before making her big move out west! She attended Durham College from 2013-2016, where she received MVP and OCAA First-Team All-Star recognition each season. In her final year, she was awarded Female Athlete of The Year and left Durham College as the all-time record holder for total kills, aces and second for over-all points.

After her varsity career, she turned to coaching. In 2016 for Durham Attack 18u girls and in 2017 for the Seneca Sting Women's Volleyball team. She has also spent the last 11 summers coaching 14u and 15u girls at Madawaska Volleyball Camp in Bancroft, Ontario.

In her spare time, you can find her volunteering for VOKRA as an Adoption Counsellor or cleaning up the Vancouver beaches with the Surfrider Foundation. 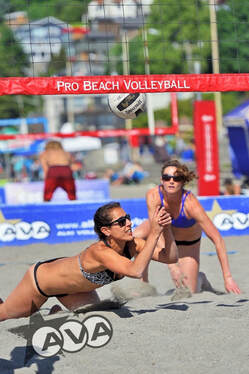 Mitra started her volleyball career in high school playing for the Sentinel Spartans, who were regularly North Shore Champions and placed 2nd in the BC provincials during her time. After high school, she decided to focus on her studies and played in the women’s Superleague division at the University of British Columbia. During this time, she also started to explore beach volleyball and once she did, she fell in love with the sport.
​She has been dedicated to the beach volleyball scene in the past 5 years in BC and the Pacific Northwest, placing at Volleyball BC tournaments in the top 5 occasionally and top 12 regularly. Mitra and four of her teammates also started a women’s volleyball organization called the Kitsilano Women’s Volleyball Club, aimed at creating additional organized play opportunities for women and to generally grow the sport in BC. here to edit. 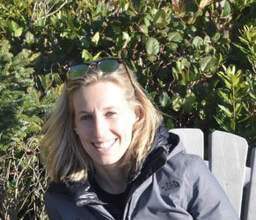 Kelly enters her second year coaching with PCVC!
Kelly has played volleyball since grade 5 and has coached U13 and U14 for Thunder Volleyball in recent years. As an alum. of Little Flower Academy and Thunder Volleyball, she continued her volleyball career at the University intramural level while swimming for Western's Varsity swim team.  As a multi-sport athlete Kelly brings high-level focus on developing building blocks in each individual athlete tailored for where they are at in their own game.

Kelly's approach to coaching fosters great team atmosphere's and support.  Kelly loves watching her team come together, develop, and improve throughout their season.

Gillian Brown - Gillian Brown is a graduate of Littler Flower Academy ('04) and the University of Victoria ('11), where she earned her Education Degree in both Physical Education and History. Gillian is a PE and Fitness teacher at Vancouver College, but is currently on maternity leave with her son Lukas (3 years old) and daughter Paige (2 months).

​Gillian has over ten years experience coaching volleyball at the Junior Varsity, Varsity and Club level. She spent much of her time coaching on the island at Oak Bay, assistant coach to Varsity and head Coach of Junior Varsity. Once Gillian came back to Vancouver she coached at Crofton House for three years at both the Varsity and Junior Varsity. Gillian is looking forward to the club season! 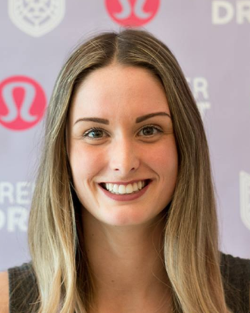 Lainna enters her second year with PCVC, after leading the inaugural 15U team to a Bronze in T2D1 last year!

Having coached with Christian at Leaside in Toronto for 4 years, Lainna enters into her 6th year of coaching club, now with PCVC. She is a Certified Development Coach, currently working towards her Advanced Development Coach certification.  She brings lots of energy and focus, and is truly passionate about the sport and its athletes.

Lainna currently works for Freestyle Ski Canada, their National Sport Organization.  On the side, she has started a charity called Artists4Athletes, which raises funds for Beach Volleyball athletes and their basic athletic needs.

A member of the University of Waterloo Warriors Volleyball Team from 2009-2012, in 2013 she transferred to Humber College to continue her education while competing for the Humber Hawks Volleyball Team.  That year she would help the team win their 6th consecutive OCAA championship.

Sarah enters her second year with PCVC, after leading the inaugural 15U team to a Bronze in T2D1 last year!

Sarah was born and raised in small town Alberta where her parents coached her from a very young age. Sarah comes from a family of volleyball players with all of her sisters playing university volleyball. Following in her parent’s and sister’s footsteps, Sarah continued on to play for the University of Calgary Dino’s from 2008-2013. Starting her post secondary career as a libero, she worked to become the starting leftside for her last three seasons with the Dinos. Sarah was a co-captain for the Dinos in 2013.

Sarah began coaching with camps and clinics during university. After university, she continued on to coach for two years in the Alberta Colleges Athletic Conference as an assistant coach for the SAIT Trojans women’s team and for two years with the Calgary Dinos Club.

Sarah currently works as a structural engineer in Vancouver designing buildings across BC and the Yukon. In her free time you can find her outdoors and in the mountains- biking, hiking, skiing and camping. 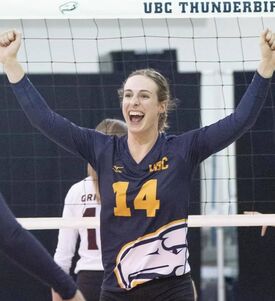 Danae has a full British Columbia experience of volleyball; she grew up playing club in Kelowna for the Jr. Heat, then moved to North Vancouver in 2014 and played for the Capilano Blues, and in 2017 she was recruited to the UBC Thunderbirds where she helped her team earn a bronze medal at nationals in 2018. She then finished off her 5th and final year with a gold medal at the national championships in March 2019. However, she didn't stay away from volleyball for long after completing her last year...competing in beach volleyball events at Kitsilano this past summer and coaching for VVL and PCVC for the past year.

Danae has been coaching volleyball consistently since she was in high school herself, when she began her experience with volunteering to head coach the OKM Huskies grade 8 girls team along with another fellow senior girls teammate for both her grade 11 and grade 12 year. Since then she has coached at multiple camps, training clinics, and tryouts over the past 5 years.

This will be Danae's first year coaching a club volleyball team. Danae is very enthusiastic, competitive, passionate, and excited to help inspire and develop young female athletes to become their most confident selves.

Danae is currently finishing up her final year of a B.Sc. in Natural Resource Conservation with a major in Science and Management at UBC and is working towards becoming a conservation biologist.

Player Bio:
-Was a six-time all-tournament selection, including MVP of the Sam Houston State University Invitational as a senior
- Two-time second team all-Big Sky Conference selection (2001, 2002)
- Two-time Big Sky all-tournament selection (2001, 2002)
- Two-time Big Sky Player of the Week
- One of just 11 players in school history to finish with at least 1,000 career kills and 1,000 career digs
- Ranks among the program’s top 20 players in seven different categories, including 12th all-time in kills (1,258), 13th in kills per set (3.04) and points (1,421), 14th in digs per set (3.19) and 17th in digs (1,321).
- Led the entire Big Sky Conference with an average of 3.90 digs per set as a junior in 2001.
- Missed just five matches during her entire career, finishing with 124 matches and 414 sets played. Played in 89 straight matches to finish her career.
- During her four seasons, she helped Sacramento State to three NCAA Tournament appearances, three Big Sky Tournament championships and three Big Sky regular season titles.
- Also during her four seasons, Sacramento State combined for an 87-42 overall record, and a 48-12 mark in the Big Sky Conference.
Proliga Indonesia 2004/2005
-Bank BNI
Second in league in kills and digs
All star team 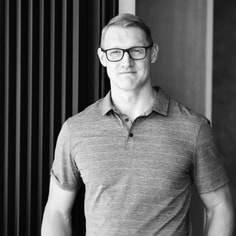 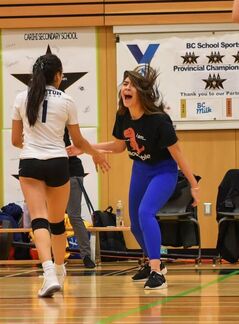 At 15 years old, Maddy began coaching with UBC Thunder clinics. She had the pleasure of being the assistant coach for the 2014 Zone 5 Summer Games u15 girls volleyball team where they placed second. She has been the assistant coach for Crofton House’s varsity volleyball team for the past three seasons, winning the BC Provincials Championships the past two years. Maddy has experience coaching girls ages 10-17. She is excited to coach with PCVC to connect with and positively influence the younger generation of girls volleyball players, as well as to continue to grow as a coach.

As a player, Maddy played for Crofton’s varsity team for four years along with playing for Thunder and Ducks volleyball clubs, winning a provincial club championship and a couple provincial all-star awards. She went on to play for the McGill Martlets for one year before hanging up her knee pads and deciding to focus on school and coaching. She is currently finishing her last year of her undergraduate degree at UBC with a major in psychology and minor in special education, and hopes to continue onto grad school studying school psychology.

In her spare time, you can find Maddy working in preschools or cuddling her cat.